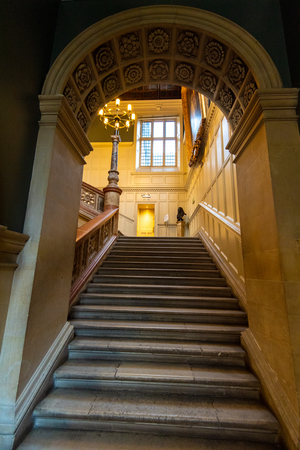 The conference will be held in Oxford, UK, at the Examination Schools – an iconic building that is part of the University of Oxford, located in the heart of the city. The Examination Schools, were built between 1876 and 1882 and designed to house the University of Oxford’s examinations. While still used for this purpose today, this impressive building has also developed as a major venue for large conferences, business meetings, and other events.

Oxford is approximately one hour from London and easy to reach from airports and by public transport. The venue is within walking distance of the city’s train and bus stations. Further information on travelling to Oxford can be found here. Accommodation will be available in some of the university’s colleges near the venue, as well as in hotels most of which are within walking distance. Further information on accommodation can be found here. The various Oxford landmarks, including its colleges and the Examination Schools, can be located on the map below. Oxford University have also provided a searchable map. 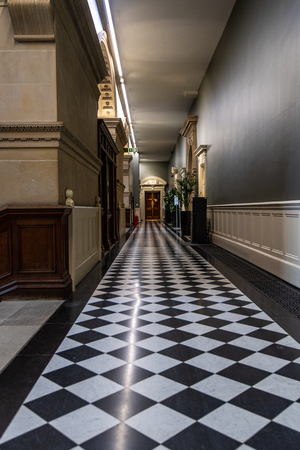 Oxford is a collegiate university and a world-leading centre of learning, teaching and research. It is the oldest university in the English-speaking world, with evidence of teaching as early as 1096 and the earliest Oxford colleges appearing in the thirteenth century.

The University comprises roughly 100 major academic departments, which are overseen by the four academic divisions: Medical Sciences; Mathematical, Physical and Life Sciences; Humanities; and Social Sciences. There are also many smaller, specialist research centres and sub-departments, as well as administrative departments, libraries and museums.

The 38 Oxford colleges are financially independent and self-governing but relate to the central University in a form of federal system. The colleges and halls are close academic communities, which bring together students and researchers from different disciplines, cultures and countries. This helps to foster the outstanding research achievements that have made Oxford a leader in so many fields. The colleges and the University work together to organise teaching and research, and many staff at Oxford will hold both college and University posts. Oxford University does not have a campus - its buildings and facilities are scattered throughout the city centre.